Por fin llegaron a la orilla de la laguna de Ayarsa. T hey tell us that in past times, there were two orphan boys who suffered very much because of their father and their stepmother. One day the stepmother said she no longer wanted to eat, because the boys were living in the house. She wanted to eat only in the company of the father; and besides, she said, the boys were taking her food.

The stepmother then said to the father: The father became very sad when he heard that his wife had said that she was going to leave the house, and he immediately answered her like this: When nightfall came, the two brothers went to go to bed. Their father arrived to tell them good night and said to them: Then the little one started to tell his brother what he had heard about what their parents intended to do with them.

Our father is going to leave us on the mountain tomorrow. But at that moment a great idea occurred to the little brother and he told it to his brother: That way we can leave signs in the path that we go on. When they finished breakfast, they all went to the mountain.

Their father took them to a virgin mountain, where they would not be able to find another person. The little brother went along leaving signs of ashes on the rocks and on the trunks of the trees that they found on the way. They arrived at a beautiful place where there were many, many flowers of all colors: It was a beautiful place! So they decided to search for the way back to their house, guiding themselves by the ash signs.

That day it had not rained, so the ashes had stayed in place where they had left them. By following the ashes the brothers were able to go back to their house. When they arrived they found their father eating dinner with their stepmother. The two were eating an entire chicken. If you had done that, they would not have come back. Tomorrow I am leaving your house.

That night the parents gave them a piece of chicken that was on the table, and later sent them to bed. Their father, when he told them good night, told them that that morning on the mountain he had been calling them but they had not responded to him. Why did you do that to us, father? When dawn came they went again to the mountain in search of flowers.

The boys still carried their bags of ashes and repeated what they had done the day before. When they were in the middle of the mountain, their father disappeared again. The boys noticed that their father left. 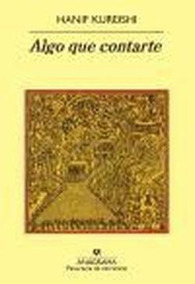 That moment, it began to rain very hard. They saw a tree and they said that if the tree would open perhaps they could stay inside of it. The tree heard what the boys said and then it opened up. The two boys were glad and they stayed inside the tree to wait for the rain to pass. In the early morning the brothers heard the songs of the birds and they said to the tree: What are we going to eat? They looked for the way back to their house when suddenly they saw a man cutting hay.

The boys started to tell the man what had happened to them and why they had arrived there. Today your father rejects you and your stepmother does not want you, but do not cry or be sad. Here I leave you my walking stick, and with this walking stick you can ask for anything you want. The Lord advised them to not be vengeful with their father, nor with their mother, because they would meet them at a party some day.

The brothers paid close attention to what the Lord of All Things had said to them. The brothers thought they would try their luck and they said to the walking stick: And that is how the time was going by, and they asked the walking stick for everything they wanted, they even asked it for a woman. They arrived at the party and had been there only a little while when they saw their parents. Their father and their stepmother were drunk and approached the boys. I told him to lose them on the mountain.

The boys responded to the parents: It is better that you do not remember them or cry for them still.

We are your sons. We are going to buy you clothes. The boys bought their parents clothes and they made them a house like the one they had. The boys did not take the parents to live with them, because they both already had families. Besides, they gave their parents everything that they wanted. And that is how the little orphans met their parents. But the most important thing is that they did seek revenge on their parents. When someone acts badly with us, we do not look for vengeance, just as the two brothers did not.

I n very old times there was a man who lived very quietly. He was a man who was respectful with ladies and gentlemen, the old men and old women. But one day it happened that the man went out to a mountain that was near his house to bring firewood. Because he did not have an axe, he sent his wife to ask his friend to lend him his axe. His friend lent him an axe, but this quiet man had a great weakness: When the man arrived at the mountain he began to look for firewood.

On the bank of a river there was a great tree, so he began to cut it. A little while after he was chopping the tree the axe came loose and fell to the bottom of the river. The poor man did not know what to do. The only thing he did was to cry and cry. He was crying when an old man, who was the Spirit of the Water, approached him to help.

The old man got back into the water, this time bringing out an axe of gold. When he arrived at his house he said to his wife that she should return the axe that he had taken on loan from his friend. Meanwhile, the man stayed, putting away the other two. Thanks to these two axes, the man came to have great luck and he became a rich man.

When the friend found out what had happened, he decided to go to the river also to get firewood from the same place that the man had gone, and he also did everything in the same way as the man had done: When he arrived at the mountain, the friend looked for a tree on the bank of the river. Then he set himself to cutting the tree, but because the axe did not come loose, he decided to throw it into the river himself.